We have a birthday present for those born in August: the stunning spinel has been added to your month’s birthstone lineup! August now joins June and December as the only months represented by three gems.

The original birthstone for August was Sardonyx, and then peridot was added, becoming August’s primary gem. Now spinel adds its multitude of color choices! 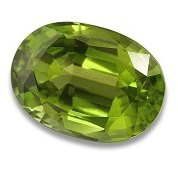 Though peridot is widely recognized by its brilliant lime green glow, the origin of this gem’s name is unclear. Most scholars agree that the word “peridot” is derived from the Arabic faridat which means “gem,” but some believe it’s rooted in the Greek word peridona, meaning “giving plenty.” Perhaps that’s why peridot is associated with prosperity and good fortune.

Peridot is the rare gem-quality variety of the common mineral olivine, which forms deep inside the earth’s mantle and is brought to the surface by volcanoes. In Hawaii, peridot symbolizes the tears of Pele, the volcano goddess of fire who controls the flow of lava.

Also known as “the Evening Emerald” because its sparkling green hue looks brilliant any time of day, peridot is said to possess healing properties that protect against nightmares and evil, ensuring peace and happiness. Babies born in August are lucky to be guarded by peridot’s good fortune. 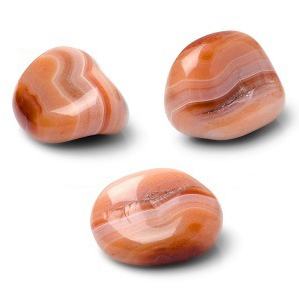 Sard ranges in color from yellowish red to reddish brown, depending how much iron oxide is present. Sard is easily confused with carnelian, another type of chalcedony that is slightly softer and lighter in color.

Used as a stone of strength and protection since ancient times, sardonyx is associated with courage, happiness and clear communication. Some believe that placing sardonyx at each corner of a house will grant protection against evil. 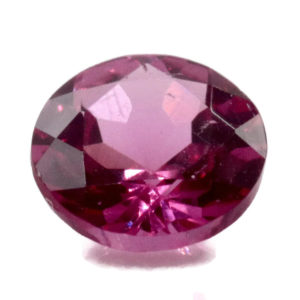 The spinel is often assumed to be other gemstones because it tends to resemble either a ruby or sapphire. In fact, some of the most famous rubies in history have turned out to be spinel. But its distinguishing features, like its octahedral crystal structure and single refraction, are what sets it apart from other gems. Spinel also has a lower Mohs hardness than ruby and sapphire.

Vivid red is the most desirable color of spinel gemstones, followed by cobalt blue, bright pink and bright orange. The more affordable stones are often those with paler colors, like lavender. You may also find spinel in black, violet blue, greenish blue, grayish, pale pink, mauve, yellow or brown. So many choices!