Individuals born in November can choose between two sunny gemstones to brighten up this chilly month. November’s birthstones, topaz and citrine, are both known for their calming energies, bringing warmth and fortune to those who wear them. 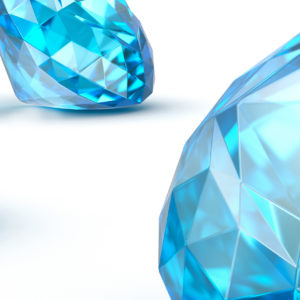 Topaz and citrine look so similar, in fact, that they’ve often been mistaken for one another throughout history. They are actually unrelated minerals, and topaz occurs in a wide spectrum of colors far beyond yellow.

Both of November’s birthstones are fairly abundant and affordably priced, even in large sizes, which means everyone can find a way to fit topaz and citrine into their budget.

Through much of history, all yellow gems were considered topaz and all topaz was thought to be yellow. Topaz is actually available in many colors, and it’s likely not even related to the stones that first donned its name.

The name topaz derives from Topazios, the ancient Greek name for St. John’s Island in the Red Sea. Although the yellow stones famously mined there probably weren’t topaz, it soon became the name for most yellowish stones.

Pure topaz is colorless, but it can become tinted by impurities to take on any color of the rainbow. Precious topaz, ranging in color from brownish orange to yellow, is often mistaken for “smoky quartz” or “citrine quartz,” respectively—although quartz and topaz are unrelated minerals.

Topaz is a soothing stone that has been said to calm tempers, cure madness and eliminate nightmares. 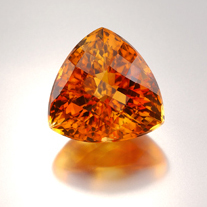 November’s second birthstone, citrine, is the variety of quartz that ranges from pale yellow to brownish orange in color. It takes its name from the citron fruit because of these lemon-inspired shades.

The pale yellow color of citrine closely resembles topaz, which explains why November’s two birthstones have been so easily confused throughout history.

Citrine’s yellow hues are caused by traces of iron in quartz crystals. This occurs rarely in nature, so most citrine on the market is made by heat treating other varieties of quartz—usually the more common, less expensive purple amethyst and smoky quartz—to produce golden gems.

Citrine is sometimes known as the “healing quartz” for its ability to comfort, soothe and calm. It can release negative feelings, spark imagination and manifest fresh beginnings. It’s even called the “merchant’s stone” for its tendency to attract wealth and prosperity.